How to Care for Siamese Fighting Fish 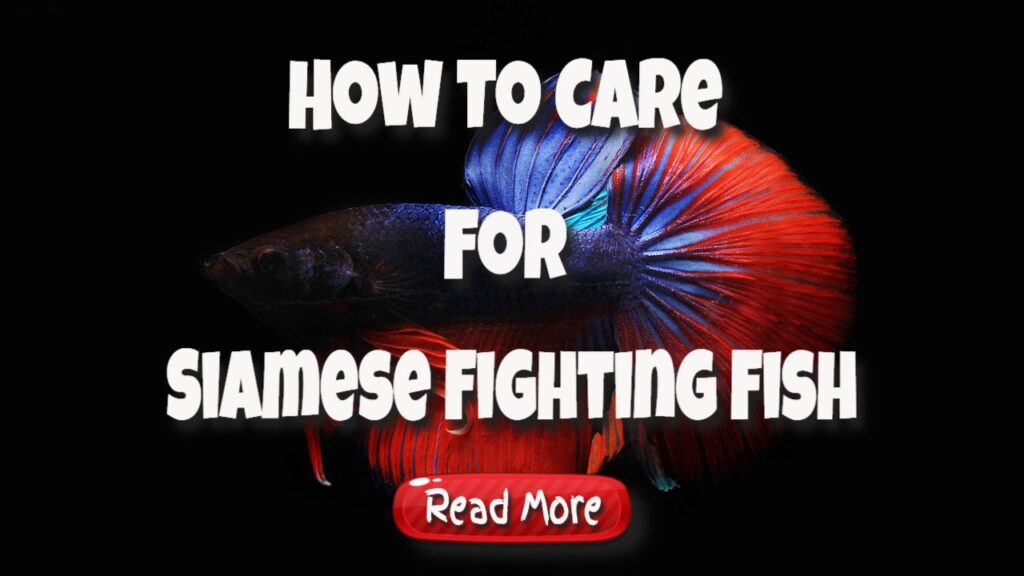 How to Care for Siamese Fighting Fish

How to Care for Siamese Fighting Fish: The Siamese fighting fish, often known as the betta, originated in the warm, fresh seas of Thailand, once known as Siam.

The male fish’s intolerance with one another, which results in battles when housed in the same tank, and the abbreviation of their scientific name, Betta splendens, are the source of their two well-known names. The name “Betta” means “fighter,” while the “splendens” part means “shining, illustrious, or glittering” in Latin, referencing to the aquarium strains’ bright colours and long, flashy fins.

They are common aquarium fish that are easily identified, yet non-fishkeepers incorrectly refer to them as Japanese fighting fish.

Betta splendens is native to shallow freshwater marshes, although it can also be found in man-made ponds and ditches, rice fields, and irrigation canals. Its natural streams are regularly overrun by aquatic vegetation, which can cover up to 100% of the water.

The dense greenery separates the males, preventing them from seeing one other. When the waters they swim in are stagnant and devoid of oxygen, a special breathing apparatus known as the labyrinth organ allows them to breathe atmospheric air through the water’s surface. This gives them an evolutionary advantage since it enables them to feed and reproduce in locations where other fish families cannot.

Before you go out and buy some fish, consider the following:

Despite the fact that they are commonly available, there are numerous important factors to consider before acquiring a Siamese fighting fish. They are not your typical neighbourhood fish. If male fish are placed in the same aquarium, they will attack and possibly fight to the death, hence they should never be kept together. Male fighting fish may attack other brightly coloured, long-finned fish, such as male guppies if they are competitors.

Male Siamese Fighters’ huge fins may tempt other fish in the aquarium, leading them to mistake them for food.

As a result, the attacker may become the victim, and socialising male Siamese fighting fish with other fish might be difficult.

It is also difficult to socialise males and females since males will want to mate with females but will chase and harass them if the ladies are not mature, complete with eggs, and ready to spawn.

Setting up a Betta aquarium

All-male Siamese fighting fish are raised in tiny jars or bottles in Asian fish farms. The jars are not filtered or aerated, and the fish are simply fed and their water is changed on a regular basis.

They do not require heating in warmer locations where they are farmed, and water temperatures can exceed 30 degrees Celsius. Some aquarists like to keep their male fighting fish at home in small, unheated, and unfiltered tanks.

However, not everyone agrees with this method, and the most important element for the fish’s health and environmental enrichment is its densely planted tropical tank.

It might be small, 19 litres or more, and highly illuminated to encourage plant growth. Still, modest filtration is required since male fish would tyre if they swam against any water stream. Heavy planting can assist in redirecting filter flow away from a small internal filter, or a small air-powered sponge filter and air pump can be utilised.

Choose a small heater that can be cranked to high temperatures, and keep a thermometer on hand to keep an eye on the temperature. The temperature range of 24-28°C is good.

Begin at the bottom with a soft, inert sand or dirt substrate to stimulate plant development, and then add small pieces of wood and leaves. Breeders use Indian sea almond leaves, also known as catappa leaves, to colour and soften the water for Siamese fighting fish. They also claim that the leaves have antibacterial properties and are beneficial to the fish’s skin.

To relax and breed the fish, use lush landscaping and surface foliage. Use a liquid fertiliser and a CO2 injection for the greatest results.

In the wild, Siamese fighting fish consume aquatic invertebrates and insect larvae. They eat flakes, small floating granules, frozen bloodworms, daphnia, brine shrimp, and mosquito larvae in captivity. Avoid overfeeding and eliminate uneaten food that settles to the bottom because a single fish consumes just a tiny amount of food at a time.

Siamese fighting fish breed by constructing bubble nests, which are floating rafts of sticky bubbles anchored to plants at the surface. They seduce the female and hug her beneath the nest, where they lay their eggs before chasing her away and caring for the eggs.

Bubble nests adapt to low oxygen levels in their native environments. Another important factor is the fry’s requirement for warm, moist air above the nest when they grow their labyrinth organs and take their first breath.

The fry are quite little and should be fed infusoria or a special egg layer fry diet. As the children mature, males must be weeded out and segregated.

The post How to Care for Siamese Fighting Fish appeared first on Unity Pets.

The post How to Care for Siamese Fighting Fish appeared first on https://gqcentral.co.uk

The Article How to Care for Siamese Fighting Fish was found on https://limitsofstrategy.com